The Chinese government continues to impose further restrictions on movement within China in response to the coronavirus outbreak. These restrictions include the closure of some provincial highways and inter-city high speed rail, tight control on entry and exit to villages and townships across the country, and restrictions on movement within some cities and municipalities including Chongqing. Some airlines, including British Airways and Virgin Atlantic, have announced a suspension of flights to and from mainland China. Other commercial airlines are still operating, but it may become harder to access departure options over the coming weeks.

Since 31 January, some staff and dependants from the British Embassy and Consulates are being withdrawn from China. Essential staff needed to continue critical work – including consular assistance – will remain. But the ability of the British Embassy and Consulates to provide assistance to British nationals from within China is limited, and would be even more limited in the event that the situation deteriorates further.

China-Britain Business Council – It is clear that this is the most significant public health challenge which China has faced since SARS.  We all hope that, this time, the problem will be controlled quickly and the number of cases will start to go down without delay.  Nonetheless we need to be prepared for a more prolonged period of uncertainty.

CBBC offices in China will be following local government guidance on when it is appropriate to return to offices, but in the meantime will work from home.  CBBC staff in the UK will continue to work as normal.  We will therefore encourage members and clients to direct new enquiries to CBBC staff in the UK for the time being, rather than to the hard-pressed China team.

There are numerous enquiries from China regional governments and their departments and bureaus seeking to purchase medical supplies from overseas including the UK.  CBBC is coordinating these enquiries through our Lifesciences Team in the UK and CCCUK.The Foreign and Commonwealth Office (FCO) advise against all travel to Hubei Province due to the ongoing novel coronavirus outbreak. The FCO advise against all but essential travel to the rest of mainland China (not including Hong Kong and Macao). The British Consulates-General in Wuhan and Chongqing are currently closed.

If more cases are confirmed in the UK, it will be announced as soon as possible by the Chief Medical Officer of the affected country. As of 20 February, a total of 5,549 people have been tested, of which 5,540 were confirmed negative and 9 positive.

For any help or questions contacts: 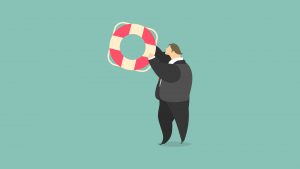 'My initial expectations were relatively low but...'