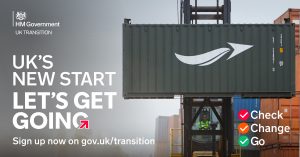 Customs movements that start ahead of the end of the transition period will continue under the rules in place when the movement started, provided the goods being moved have Union status.

Goods start their movement when either:

If you’re moving goods between non-EU countries and the UK at the end of the transition period, from 1 January 2021, the UK will apply a UK-specific tariff to imported goods. This UK Global Tariff will apply for import declarations that are accepted after 11pm on 31 December 2020.

Burslem-based business to expand thanks to grant funding

'My initial expectations were relatively low but...'